The first weekend of the NCAA Tournament was a wild one—filled with historic upsets and late game heroics. Let’s take a look at the Sweet Sixteen and who will advance to the Final Four in San Antonio.

The West Region lost its 1-seed Xavier and 2-seed North Carolina on Sunday, adding to upsets in the Round of 32. This opens up the bracket for Michigan and Gonzaga to get their shot at making the Final Four. Texas A&M and Florida State will have something to say about that, as they too will fight to punch their ticket to San Antonio.

Florida State is one of the surprises in this year’s NCAA Tournament. The Seminoles took down Michael Porter Jr. and Missouri, 67-54, and then came back from a 12 point deficit late in the second half to bounce top-seeded Xavier from the “Big Dance.” Florida State’s strength is on the interior. Led by Terance Mann and Phil Cofer, the Seminoles were third in the ACC in scoring from inside the arc this season. Florida State has struggled shooting the ball from three-point range, shooting at a 33% clip, but the Seminoles have shot it at 39% from deep in the NCAA Tournament. Look for Gonzaga to force Florida State to shoot the three in their Sweet Sixteen match-up.

The Zags will look to cut down the nets in Los Angeles and make it to their second consecutive Final Four. Only two starters from last year’s squad returned to Spokane this season, Jonathan Williams and Josh Perkins, but Mark Few has the Bulldogs back in a familiar spot and poised to make a run. Freshman Zach Norvell Jr. recorded a double-double in Gonzaga’s win over Ohio State Saturday with 28 points and 12 rebounds, while sophomore Rui Hachimura added 25 points. The combination of experience and stars bursting out right before our eyes, the Zags have something special going. I’ll take the Bulldogs to end the Seminoles’ run in LA on Thursday night.

Texas A&M and Michigan advanced to the Sweet Sixteen in polar opposite ways. The Aggies trounced 2nd seeded North Carolina, while the Wolverines needed a buzzer beater from freshman Jordan Poole to hold off an upset scare from the 6-seed Houston. Texas A&M has been an enigma all year. The Aggies were in the top ten earlier in the season, but made their way to the bubble following a stretch of five straight losses to open SEC play. Texas A&M has won five of their last six games and have a frontcourt in Tyler Davis and Robert Williams that is one of the best in the country. Led by Davis and Williams, the Aggies outrebounded the Tar Heels, one of the best rebounding teams in the country, 50-36, on Sunday. Texas A&M hasn’t forced many turnovers and they’ve given up 51 three-point attempts in their first two games of the “Big Dance.” If Michigan can take care of the ball and make some shots from deep, it could be a different story for the Aggies on Thursday. 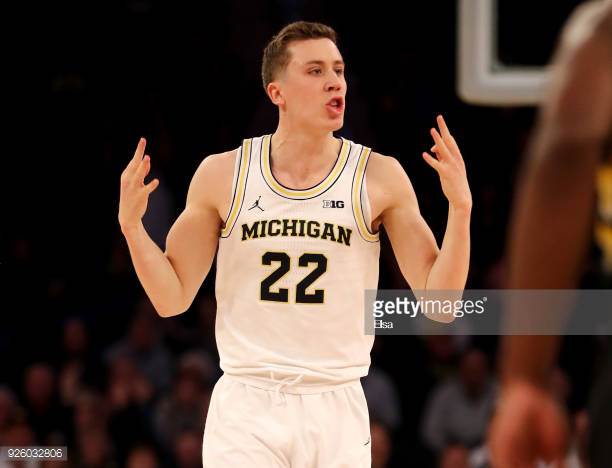 Following an epic run at Madison Square Garden in the Big Ten Tournament two weeks earlier, the Wolverines struggled mightily on offense in their first two games of the NCAA Tournament. Michigan found their way to the Sweet Sixteen thanks to the art of the buzzer beater. The Wolverines have their best defensive team in recent memory and allowed just 55 points per game in the opening weekend. Michigan will need to counter Texas A&M’s strength on the interior with successful outside shooting to come away with the win. Look for Mo Wagner and Duncan Robinison to find their stroke and for the Wolverines to escape from the Aggies in a close one.

Winner of the West Region: Michigan

Michigan will have a new lease on life after escaping from the jaws of defeat in the Round of 32. I expect John Beilein’s team to snap out of their shooting funk from last weekend and return Big Ten Tournament form in the Sweet Sixteen. Better shooting and defense will help the Wolverines get past Texas A&M and Gonzaga on their way to San Antonio and their first Final Four since 2013.

View all posts by kyled3